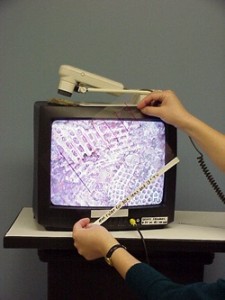 Measuring the effectiveness of media, and all marketing, campaigns has over the past few years become the main priority of chief marketing officers.  Being able to report that a particular program generated a positive ROI has much more impact than saying, “Our sales gone up since our marketing program started, but we’re not sure which part of the marketing campaign is responsible.”

The prevailing theory has been that proving the ROI (or more correctly, the ROAS or “Return on Ad Spending”) was only possible for very specific media buys, such as Direct Response and most online media programs.  As a result, many marketers began to shift funds toward these more trackable forms of media in order to justify their media expenditures.

Measuring the effectiveness of non-DR and non-digital media has traditionally been quite expensive and usually required the services of third party firms that specialized in this type of measurement.  We’ve worked with some of these firms before, and they were quite thorough.  Even though they were expensive, the cost was worth it, as they were able to scientifically determine that we could increase our advertising spending by 25% before we started to see diminishing returns, leading to the client getting a bigger advertising budget and a larger market share.

However, not every advertiser has the resources to pay for high-cost ROI studies, but the marketing teams are still held to the same high standards – namely, how can they prove that their advertising is effective?

Obviously part of the equation has to do with the definition of “effectiveness.”  Although the bottom line for most marketers is increased sales, for many marketers, the goal of advertising is to generate brand awareness and keep the brand top-of-mind in consumers’ consideration sets when they are shopping for products.  Others look for measurements like increased trial or higher purchase intent scores.

Another key measurement that many marketers look at these days is increased web traffic.  While web traffic is an important indicator of the success of an advertising campaign, part of the reason looking at this measurement has become so important is because it’s a lot easier to track via the use of online media.  With a variety of online measurement tools available, it’s quite easy to see the number of click-thrus from a digital display or paid search advertisement, and then correlate that to increase web traffic via web tracking measurement tools.

One thing that’s been missing is a better correlation between increased web traffic and offline media.  Nearly every advertiser includes a URL to their website or Facebook Company page in their TV and print ads these days, but we’ve never been able to accurately track conversions from offline ad exposure to increased web traffic.  We read over on TechCrunch about a company named Converto that’s aiming to change that via a new product that they claim can track the effectiveness (i.e., “ability to increase web traffic”) of TV advertising based on time – that is, after a TV ad airs at a certain time in a certain area, if there’s an increase in web traffic from that same area, then the ad was effective.

If this seems pretty basic to you, you’re not alone.  We were a little underwhelmed when we first read that description.  However, Converto goes on to note that they can also measure the effectiveness of direct response TV on website traffic, the “halo effect” of TV advertising, and the effect of various creative executions during a campaign.

It’s an interesting concept, and although we haven’t yet seen it in action, it’s a good step in the right direction toward trying to apply the same measurements of effectiveness across different media types.  Online media should not be held to a different standard of effectiveness versus offline media.  However, while this is a good start, we aren’t necessarily sold that an increase in web traffic is necessarily the best metric to use for determining media effectiveness.  It’s an indicator, as we mentioned, but at the end of the day, does the CEO of the company want increased web traffic, or does he want increased sales?