HomeBlog The Future of TV Ratings

The Future of TV Ratings 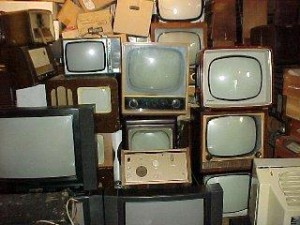 There was a very interesting article in Ad Age earlier this week about a study conducted to determine what the “sweet spot” is for TV ads airing in different programs.

You might wonder why this is important.    Over the past few years, non-digital media has fallen under more and more scrutiny to “prove itself” these days.  Clients are looking for more “proof” that their TV or magazine or out-of-home campaigns are doing something for their businesses.  This type of inspection is a good thing, because it forces creative agencies to re-examine the type of creative they produce, and it forces media vendors to be able to show that their medium can have an impact on the client’s bottom line.  Most importantly, these inspections put pressure, rightly so, on the media planning professionals to be able to analyze all of this data and make a proper recommendation to their clients that is based on more than just anecdotal evidence.

Many years ago, a media plan was often times dictated by what creative was available to run, or even worse, by what creative the agency wanted to develop for a “show piece.”  Those days, for the most part, are happily behind us.  And yet even with those practices out of the way, a whole array of new ones face us in this new modern age.

Let’s use this article in Ad Age as an example.  Many people read Ad Age, including not just industry people but also clients.  I daresay a fair number of clients are going to read this article, the headline of which is “Finding the ‘Sweet Spot’ for Ads in Your Favorite TV Show”.  The sub-title even offers this bit of information: “From ‘Modern Family’ to ‘NCIS,’ Each Show’s Ads Have A Most-Watched Moment.”

On the surface, this sounds really great.  It’s getting us closer to being able to target more efficiently and effectively using a broad-based mass medium like television.  The article discusses in broad terms the study, commissioned by one of the media arms of advertising conglomerate Interpublic Group.  It indicates that every program has a particular moment during their commercial breaks when spots are more effective and better received by the viewing audience.

Advertising in “NCIS”, “Criminal Minds”, or “CSI: Miami”?  Your ad should air during the initial segments of the program.  However, lest you think that all crime procedural dramas are the same, the article indicates a paragraph later that viewers of “Law & Order: SVU” paid more attention to spots ending during the last ad break of the show.

The same disconnect occurs with sitcoms.  In general, the study posits that viewers pay more attention to commercials during the last ad break for a family-themed comedy (such as “Modern Family”) versus an ensemble cast sitcom such as “Big Bang Theory”, where they paid more attention during the first ad break.

Again, this theory falls apart when it’s pointed out that viewers of “30-Rock” (an ensemble show like “Big Bang Theory”) paid more attention to the commercials during the last ad break, a more similar viewing behavior found with family sitcoms.

All of this detail only comes from actually reading the full length of the article, and that’s only a small portion of what’s contained in the entire study.

A couple of former clients of mine, if they saw the headline for this article, would have phoned me the next day to question whether we were buying our spots at those exact moments in the programs talked about in the article, and if not, why not?

Reading further into the article, we learn that the study was only commissioned against viewers with TiVo, who watch TV much differently than the rest of the viewing audience.  While this is great information for the future, when DVRs become more prevalent, for the here-and-now, total DVR penetration is still only about 40% and there are only two million TiVo households, so the findings of this study can’t be applied broadly.

In fact, I’d suggest that right now, the findings can’t be applied at all. While there are some very interesting findings from the study, they were conducted against but a small subset of the entire TV viewing audience.  And, ultimately, even if it’s later proven that each program does have a “sweet spot”, there clearly aren’t enough spots during the sweet spot for every client who would want one.  Currently, commercial breaks are spaced evenly apart throughout a program and although the rates for each spot vary a little bit, they are all roughly based on ratings.

Until we live in a world where we have access to second-by-second ratings (which, I suspect, is really the point of the “sweet spot” study in the first place), then we’re not going to have second-by-second pricing.  I’m also left to wonder if a client would be willing to pay less for a commercial spot that he knows isn’t generating as much attention.  How much less would that spot be worth?  Conversely, how much more over current pricing would you be willing to pay for a spot that the ratings said more people paid attention to?  How do you then translate that attention into purchase intent, and ultimately, into sales?

Perhaps the moral of this post is that there are no textbook, one-size-fits-all solutions.  If there were, consumers would be eating-up everything we served them.

And, most of us (clients and agency partners) would not have jobs.