HomeBlog Yet Another New Online Measurement 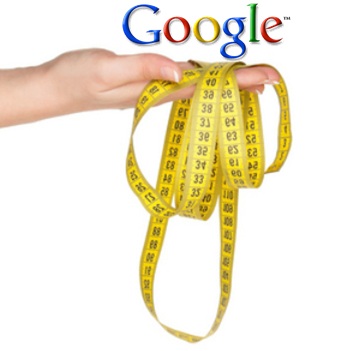 Google recently announced that they were instituting a “new” metric called “Viewable Impressions” and “Online GRPs”, designed to allow ad buyers to credit only the impressions that are visible to an end user.

A lot of people hailed these new metrics, and they quickly gained traction among a lot of brand advertisers.  We also think this is a great step forward, but, as we talked about almost a year ago, we are left wondering “Why did this take so long?”

Media planners have been after this for years – an easy way to put all media on the same footing to create a truly integrated mixed media plan rather than having digital media as a separate component that doesn’t add into the overall reach and frequency of the plan.

Somehow the industry decided at the dawn of the digital era to treat digital media as a totally separate entity and keep it apart from other media types, even going so far as to have separate planners doing digital media buys while other planners did everything else that was offline.  And, you’d be surprised how many ad agencies in 2012 are still set up this way – several of the “big” global agencies here in Los Angeles are still set up in this manner, with the “traditional” planners sitting in one part of the building, and then in a completely other part of the building are all of the digital planners.  Half a building away, the broadcast media buyers set up their offices.  And in yet an entirely different area of the building might sit the newspaper buyers.  For companies in the communication business, it sometimes seem that they go out of their way to separate everybody into neat little silos where they aren’t supposed to talk to each other.

Given that most ad agencies over the past 20 or so years have been set up this way, it’s really no wonder that it’s taken us so long to get consistent measurements across media types.

Now that Google (and last year, Facebook) have finally made the move to this direction and we’re one step closer to having an overall unified metric for measuring the effectiveness of a multi-media campaign across all media types equally, hopefully the ad agency business can also get in the game and change the way they’ve been doing business in order to integrate the planning for all media types.