HomeBlog The Art of Targeting

The Art of Targeting 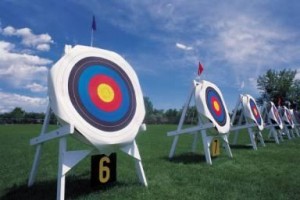 I was watching one of my favorite programs on TV a few nights ago when I saw a commercial featuring a woman using some computer software to help her do her scrapbooking projects. The odd thing was, I was watching Attack of the Show on G4, which is actually targeted toward 18-34 year-old men. Last I checked, the percent of men who scrapbook was less than 4%.

I see this all the time, and it’s been going on for years. I once saw a feminine hygiene commercial airing in a cult science fiction show, and when I checked the ratings the next day at work, I found that the program’s audience had a heavy 58% male skew.

Commercials like this create a very jarring effect for viewers of the show, and lead to a lot of generalizations from clients about how “advertising doesn’t work” because the spot didn’t produce the expected results.

Really what’s happening is that the art of targeting is being lost. As marketers concentrate more on understanding new technology and how to achieve one-on-one relationships with their consumers in digital and social media, they drill down so far that brand perception goals get pushed aside.

While the “old guard” of television, radio, consumer magazines, newspaper, and out-of-home are often looked upon these days as outdated, the fact is that they are still powerful methods for driving awareness on a large scale and affecting consumer behavior; however, only if they are used properly. Doing anything less inevitably leads to wasting money on mass media and that nagging feeling of “I don’t know if my advertising is working.”

Television, for example, is considered to be one of the biggest “mass media” forms still available, but that doesn’t mean you can’t use it to target your customers efficiently and effectively. With careful network and program selection, based on in-depth research of your target consumers, a TV campaign can be very targeted toward your key prospects. It takes discipline, a real understanding of what makes your target audience tick, and a media planner capable of reviewing a proposed schedule and catching the programs that shouldn’t be on the buy.

The art of targeting goes beyond mere “gut instinct.” It involves a media planner utilizing a combination of syndicated research (Nielsen, MRI, etc.), primary research from the client, and years of previous history and experience. The media planners must communicate with account planners, creative teams, and research people to gain a strong understanding of the target’s behavior and motivations and then figure out how to translate that learning into their media habits. Of particular importance is being able to take primary research and translate it into demographic data, which can then be used as the base on which to negotiate media pricing, since at this point the industry still prices media based on things like age and sex.

Another important step is the talent for interpreting data and turning it into meaningful, actionable insights. As an example, one of my previous clients commissioned a segmentation study on their consumers from a large consulting firm. As part of their deep-dive on the client’s target, the consultants asked a generalized unaided question regarding what TV programs a particular sub-set of the target audience was watching. The answer, unsurprisingly, was that they were watching the Top 10 rated TV programs (rated against TV Households). The consultant presented this as a “key learning” and the client then thought we should only buy those programs for our TV schedule. While those Top 10 programs obviously would have reached a lot of people, some of whom were our target audience, we worked with the client to present an alternative strategy of buying programs that had a higher concentration of viewers who fit our target audience profile, and which ultimately were more efficient to buy as well as more effective in communicating our message since the environment was more conducive to our target’s lifestyle.

“Silo-ing” planning efforts is easy to do, and unfortunately happens often. While it’s more difficult to scrutinize media data and other research across all media types in relation to business/communications goals – it’s a must. And yes, gut instinct – or common sense – does still have a role. The sum of all these parts makes up the whole of targeting.

So, what’s our point in all of this? It’s that, if you haven’t done it lately, now is a good time to go back and take a second look at how targeted your mass media efforts are. You might find that they are a little more “mass” than you’d like.