June 24, 2011 By admin No comments yet Media Strategy, Targeting, Television 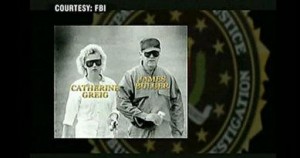 This week’s post is on a very recent news story – the capture of Boston crime boss James “Whitey” Bulger by FBI officials yesterday in Santa Monica, California.  Bulger, wanted for 19 murders among other crimes dating back to the early 1970s, had been on the run for more than 16 years before his capture yesterday.  He was tipped off by a corrupt federal agent that he was about to be arrested back in 1995.  As an interesting side-note, the character that Jack Nicholson plays in Martin Scorsese’s film “The Departed” is based on Bulger.

What does all of this have to do with our weekly advertising media blog?  Well, as it turns out, an advertising medium, television, was able to accomplish what 16 years of federal and international manhunts had failed to do.  Television is responsible for the capture of the FBI’s Most Wanted Criminal (Bulger was moved to the top after the slaying of Osama Bin Laden).

After years of purported sightings failed to produce any true leads, the FBI raised the reward for the arrest of Bulger to $2 million dollars last year.  Even that vast sum of money failed to result in any tipsters coming forward with a solid lead on the whereabouts of Bulger or his long-time girlfriend, Catherine Greig.

Earlier this week, the FBI tried a new tactic – airing :30 second television spots in 14 markets across the U.S. where there had been reported sightings of the couple.  Rather than doing a mass market approach to their media buy, the FBI used the very clever tactic of using television to target women in their 60s who may have seen Greig at beauty salons or plastic surgeon offices.  As the Los Angeles Times reported, Greig was known to have had several plastic surgeries and was fond of going to the beauty salon frequently.  The FBI ran their public service announcements during shows that appealed to women in this demographic, asking if they had seen Greig while having a treatment.  You can watch the video here on YouTube.

And, within 48 hours of the spot airing, the FBI had received a credible tip and staked out a location in Santa Monica, which previously had never been under surveillance.  Bulger and Greig were arrested without incident yesterday and were scheduled to appear in a Federal Court in downtown Los Angeles yesterday for arraignment.

We can speak with experience to how TV advertising has helped our clients in the past, spiking sales during key seasons, driving traffic to retailers for special promotions, increasing brand awareness, and generating an ROI well above a $1.50 mark, but this recent international news story about a series of TV ads being responsible for the capture of the FBI’s Most Wanted seems to speak for itself regarding the power of television advertising.