HomeBlog Who Is, or Who Isn’t, Using Google +?

October 25, 2011 By admin No comments yet Google, Social Media 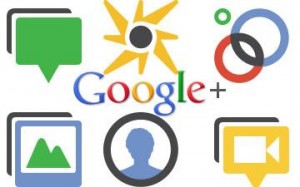 That second post was really more tongue-in-cheek, and was designed to ease people’s fears that Google + didn’t immediately overtake Facebook as the number one social network right out of the gate.  However, Mashable found some interesting statistics regarding Google +, specifically related to its use by Google’s management team.  As reported just a few weeks ago, the company co-founders, Larry Page and Sergey Brin, have posted publicly a combined total of only 22 times since Google + was unveiled back in July.  The Executive Chairman, Eric Schmidt, reportedly did not even have a Google + account as of the date of the article back on October 4th.  Other officers, including the Chief Business Officer and Chief Legal Officer, also either did not have accounts or had not posted on their accounts.

While you may be thinking to yourself, “Who cares if the Chief Legal Officer posts on Google +?” the reality is that Google’s company goals are tied to social media success.  As also reported on Mashable back in April 2011, “Even Googlers not involved in building… social media products are asked by Page [Google’s CEO] to test products, give feedback, and spread the word about these products with their families and friends.”

Of course, Google’s management’s use, or more specifically non-use, of Google + does not impact how the service is used by the public at large.  It is a perception problem, and potentially a PR disaster waiting to happen, but at the end of the day, what matters is how well the public is adopting the service.

While there have not been any official numbers released lately by Google +, according to one “reliable” source, Google + would have surpassed 43 million users on September 22nd, making it one of the fastest growing sites ever.  However, even though the number of users continues to rise, over the past few months the number of daily public posts per user has fallen from 0.68 per day to 0.40 according to this graph from Eloqua.  Egan Cheung, the creator of the graph, posits that while Google Plus has “positioned itself in-between the social and conversational aspects of Facebook and the very public, mostly one-way newsfeed of Twitter” that users are tending to use the service more like Facebook, but more and more are adopting the “targeted sharing” capabilities of Google Plus (meaning that posts aren’t public, but instead only visible to a select group of people).

Where does all of this leave us?  We’re left with a huge, rapidly growing social networking site with a user-base that is continuing to play around with the variety of features offered by Google + in order to figure out where the service fits into their social networking “arsenal.”  While Facebook is, and will remain, the 800 pound gorilla of social media for the very foreseeable future, we all need to be paying attention to what’s happening on Google + and figuring out how best to use it to communicate with our targets.

And, we still think that Google’s management should do a better job of publicly posting on Google +.