HomeBlog Exciting News in the World of Television Advertising

Exciting News in the World of Television Advertising

June 2, 2011 By admin No comments yet Future of Media, Ratings, Television, Upfronts 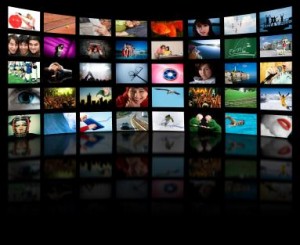 Over the past few weeks, we’ve been seeing a lot of interesting articles regarding the current state of television advertising and the direction it’s heading in the future.  Despite what the news media would have us believe, traditional TV advertising is not going away, and, in fact, it’s growing.

The top news this week is that the Upfront is in full swing, with Fox having wrapped up deals with two of the top media agencies starting late last week, concentrating on getting movie dollars.  Given Fox’s strength in the coveted 18-49 demo, movies are obviously a good fit for the network.  Industry sources predict that Fox is writing deals with 11% CPM increases over last year.  The ABC network, too, is predicted to write CPM increases of approximately 10% based on the strength of Modern Family (the #1 Adults 18-49 comedy) and industry interest in their new Charlie’s Angels remake. While part of this increase is due to the nature of supply and demand (there are fewer rating points available to purchase due to viewer shifts from network TV to cable and digital platforms, combined with increased demand from advertisers), the CPM increases are overall good news for the television advertising business.  It’s an indicator that advertisers still believe in the power of television to promote their brands.  Believe me, nobody but the networks want to see CPM increases.  I remember every year at this time, we have long conversations with our buyers and the network sales reps to keep our CPMs as flat as possible compared to the previous year.  But, again, seeing agencies and advertisers putting dollars into the Upfront marketplace is a good economic indicator that things are looking up for the ad business.

On that topic, another article we read forecasted good things ahead for the television and radio industry.  An article on eMarketer noted that “TV and radio are holding on to their audience, and eMarketer forecasts advertising gains for both.”  It goes on to say that TV still takes up more time per day for the average consumer than any other medium – an average of 35 hours per week, according to Nielsen.  Given the time that adults spend with TV, and the upcoming 2012 Summer Olympics and presidential election, television ad spending is predicted to increase 6.6% next year to $64.5 billion.  This is coming after a predicted increase of 2.5% for television ad spending in 2011.  What we can take from this is that “traditional” television advertising is still given the greatest spending priority by advertisers.  They wouldn’t continue to spend this type of money if they didn’t think that television advertising worked.

However, despite this success, the television industry is not standing still.  In the face of ever more competition for viewers and ad dollars, particularly from digital media platforms, the TV industry needs to keep innovating.  While part of TV’s strength is its massive, broad audience that drives immediate reach, one of the complaints advertisers often have about it is its lack of more specific targeting.  Several television and cable companies are working on this very obstacle.  Imagine if, during a program, a car company could deliver ads for each of the cars in its line tailored to the target consumer based on their household income.  That type of targeting, as well as other options like being able to request information directly from the spot and “telescoping” (where viewers can click off a commercial onto an extended clip), is actually already a reality today, but advertisers and agencies have been slow to adopt them.

One major hurdle relies in differences in technology across various cable providers, making it difficult to implement targeted TV programs across a national footprint. However, both Dish and Direct TV offer solutions that can be implemented nationally.

While it’s going to be a few years before targeted TV becomes easier to execute and more widespread, it’s encouraging that the television industry is working on creating solutions to advertising problems rather than rest on the laurels of their continued success in bringing in ad dollars each year.