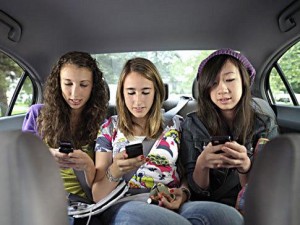 Back in the early 2000’s, I led a team that handled the media planning and buying for a company that made fantasy tabletop role-playing games and collectible card games.  Depending on the game, our targets ranged from young boys 6-9 years old up to older 18-24 year-old males.   But, our “sweet spot” for most of the game line were 12-17 year-old boys.  Given that these were fantasy and science-fiction themed games, we advertised in a lot of genre media types, like Marvel, DC, and Dark Horse comics; videogame, fantasy, and science fiction magazines; and select TV programs like “Star Trek: Voyager”, “Beastmaster”, “X-Files”, and the “WWF.”

My team also recommended a relatively “new” advertising medium at the time, digital display ads on gaming sites.  There were actually quite a few fan sites back then dedicated to these games.  I remember one site we advertised on, which was a client dictate, was actually operated by a 16 year-old kid out of his parents’ garage.  We had to call him once because our ads weren’t running as ordered, and were told by his mom that he couldn’t come to the phone because he was eating dinner.  True story.

Well, fast-forward to 2011, and the world of marketing to teens is so completely different that it’s almost unrecognizable.  I was reading an article on MediaPost the other day and it mentioned that one of the key forms of entertainment among teens now is mobile video – an entertainment and advertising format that was not even available 10 years ago.  The article notes that teens spend about seven hours and 13 minutes watching mobile video, which is nearly twice the amount of time as the average person, who spends four hours and 20 minutes with mobile video.  It also mentions that 60% of teens “always” or “sometimes” look at mobile ads, which is a huge boon for advertisers trying to reach this very elusive target audience.

Some other things the article points out are interesting, although not entirely unexpected: teens spend more time texting than any other group (nearly 3,400 texts per month, more than twice as many texts as the next active texting group, 18-24 year-olds); conversely, teens tend to use their phones less for actual talking than other demographic groups.  The teen audience also spends less time watching TV and on their computers than most of the general population.  Lastly, although they represent only 7.4% of the social network population, almost 80% of all teens visit social networks and blogs.

And those comic books we used to advertise in for our game client?  I flipped through current issues of the three main publishers a few weeks ago to see who was advertising, and outside of the very rare videogame ad, almost every other advertisement was a house ad for one of the publisher’s other titles (an ad for the X-Men in an issue of Spider-Man, for example).  Hopefully the publishers can try to reverse this trend by selling ads in their digital comics developed for comic app readers for smartphones and tablets.

Some of the magazines we advertised in are gone as well, like the venerable StarLog, which lasted 31 years but finally ceased publication in April of 2009.

What does all of this mean for advertisers?  It means that, especially if you’re targeting teens, you need to constantly keep up on the latest marketing opportunities – most teens are going to adopt them much more quickly, and more intensely, than the average population.  So, by the time you read in the trades that something is the “next big thing” to reach Baby Boomers, chances are you’ve already missed the boat if you plan to use it to reach the teen market.