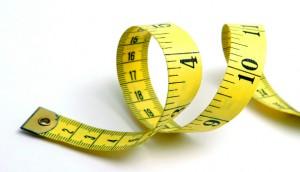 Remember almost a year ago when Nielsen announced that they would be unveiling a new online advertising measurement?  This “new” measurement is none other than GRPs (or really, the more accurate “TRPS”, aka “Target Rating Points”), which have been used by media planners for decades to measure pretty much every other media format except online media.

Well, Nielsen’s “Online GRPs” finally launched back on August 15th with Facebook as one of its main data partners.  It’s funny how it took a company with the size and clout of Facebook to finally move the advertising ratings world toward a unified approach to measuring online media that can be combined with other media types in a multi-media plan.

And that’s really the main selling point to Nielsen measuring target ratings points for online media – the ability to then add those ratings points into a full plan alongside television, radio, out-of-home ,and print ratings to create a look at the total ratings delivered, and then calculate the reach and frequency.  Who can blame Facebook for “forcing the issue” with Nielsen?  Looks like they might want to piece of the advertising pie that’s currently being spent on TV advertising.

The odd thing is, we’ve had the ability to calculate online TRPs “by hand” for years – it can be done by simple mathematics.  Yes, having it measured and provided by Nielsen makes it easier, and will definitely make clients more comfortable with the numbers, but in reality there’s really no reason that this kind of measurement couldn’t have been done years ago.

One hurdle has always been that many in the online community have resisted a measurement system that puts online media on the same playing field as so-called traditional media.  The prevailing theory is that moving online media to a purely impressions-based measurement takes away the uniqueness of the data that can be mined from online media, such as interaction rates.  Really, though, that line of thinking has never held much weight with us.  Measuring unique online characteristics is not mutually exclusive with measuring target ratings points.

Another main hurdle in the adoption of rating point measurement for online media has been the silos that exist in most ad agencies, and most clients, between traditional media and online media.  Traditional media planners are typically trained on the measurement of target ratings points , as that forms the main basis of evaluations for most of the plans they develop for their clients.  And their clients are, for the most part, traditionally-trained as well.  The Chief Marketing Officers and VPs of Marketing at huge packaged goods companies have been around long enough to understand how to look at a media plan to evaluate the overall target rating points that are delivered.

The reality right now, though, is that the vast majority of advertising media dollars are currently put into television, and television is measured using target rating points.  If the online media industry wants to take a stab at getting some of those dollars, one sure way will be for them to whole-heartedly adopt the use target rating points.  As clients get used to seeing online media on their media plans alongside other more traditional media with which they are more familiar, they’ll be able to see the value that online media brings in terms of audience delivery compared to its cost.

So, while it has probably taken longer than it should have, we enthusiastically endorse Nielsen’s online media measurements and the potential it brings for being able to create much better cross-media comparisons in our media plans.

The next step in this ongoing process should be to now figure out how to apply unique online measurements , like interactivity, to traditional media.  And then the next big step comes – getting rid of the silos between traditional and online media.