HomeBlog The Other Creative Department

The Other Creative Department 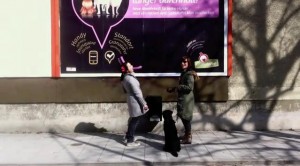 About ten years ago, my friend and mentor, Darlene, used to tell me that media was “the other creative department.”  This was back in the day when most agencies were full service, before media planning and buying were spun off to be separate agencies.  In those days, there was a group of people called the “Creative Department” and the very name of that group implied that the other people at the agency were not entirely creative.  The media planners and buyers were considered by many of the old-guard to be just “numbers people” and in fact they had us sit next to the accounting department.

My manager at the time disagreed wholeheartedly with that assumption and worked hard to make sure that others in the agency saw the media team as creative, and more importantly, as integral parts of the services we provided to our clients.  I really took her idea of media being “the other creative department” to heart, and it’s something I’ve carried with me all these years later.  There are incredibly creative things that can be done with media, and when they are built upon a well-developed media strategy, they can not only be creative but also achieve awareness and sales goals.

One recent example I read about recently on AdFreak involves a very creative use of out-of-home media combined with one of the more recent social media trends of “checking in.”    A pet food company in Germany called GranataPet put up some billboards around town encouraging any dog-owners passing by to check-in on Foursquare.  Once the check-in is complete, the billboard pours out some dog food into a bowl for the dog to try.

Obviously this is an extremely creative idea, but it goes beyond a mere PR stunt by being actually useful for the dog food manufacturer and for its consumers.  The manufacturer is providing a service to dog-owners by letting the owner immediately see whether his dog likes the food or not.  This goes far beyond offering a coupon that needs to be redeemed later.  The opportunities for gathering marketing data are immeasurable as well.  By placing multiple boards around town, the makers of the dog food can determine where the most trafficked areas of dog-walkers are located and adjust their future placements accordingly.  All of the check-ins on Foursquare also increase awareness of the brand via all of the usual social media places like Twitter and Facebook that pick up the feeds from Foursquare.

The idea really has a lot of legs that can be expanded into driving traffic to retailers after the dog has tried, and liked, the food, such as by offering coupons.  Being able to show retailers how you’re going to drive traffic to their locations is of course a great way to provide rationale for the retailers to feature your brand in their in-store displays or mailers.

I really like that this campaign went beyond mere numbers.  There was certainly research involved in picking which areas to place the boards, based on the prevalence of dog-ownership in those particular areas.  But the idea went far beyond the usual CPMs and Daily Effective Circulation numbers and instead incorporated new technology and an opportunity to engage one-on-one with consumers to create a unique marketing opportunity that generates buzz, awareness, and purchase intent.

It’s ideas like these that help keep media planning fun and vibrant.

You can view a video about the making of the billboard campaign on YouTube here.