HomeBlog The Future of Television (Part 2)

The Future of Television (Part 2) 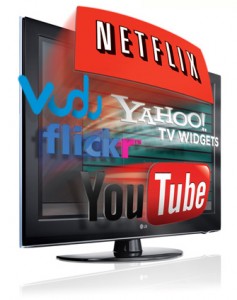 Last summer we wrote a post about “Exciting News in the World of Television Advertising” and commented on how television advertising will constantly be changing as we move into the future.

A few days ago, three totally separate articles about television caught our eye and made us want to revisit the Future of Television Media.

First up was an article in USA Today about how YouTube is partnering with established, traditional television executives to create original online video content.

As the article notes, “YouTube believes it is laying groundwork for the future.”  Many of the names that YouTube has secured for their new content are familiar: Anthony Zuiker (the creator of “CSI”), Nancy Tellem (former president of CBS Entertainment), and “Fast Five” director Jason Lin are just three of the high-profile executives YouTube recruited.

The content is being directly aimed at a young male 18-34 audience, a demographic that is notoriously difficult to reach through mainstream television.   Zuiker, in fact, became involved after seeing his own pre-teen sons spending more of their time on their smartphones, tablet computers, and desktops than watching traditional television.

YouTube plans to create 96 additional channels of programming, each one dedicated to a particular artist where viewers can see existing video clips and subscribe to be notified when new content is posted.  These will join a few channels that YouTube has already launched, including the extreme sports-focused Network A and the Spanish-language Tutele.

The online video giant isn’t the only company that’s committing to original video content.  Both Netflix and Hulu have recently launched new series, but their programs stick with the more traditional half-hour of hour-long TV formats.  YouTube’s programming is oftentimes shorter than 10 minutes.

YouTube expects to have all of their new channels up and running by this summer, and we fully expect that Netflix, Hulu, and others will be hot on their heels with new content as well.

The second television-related article was shared by MediaPost regarding an online video technology that has developed a way to deliver dynamic and personalized video ads “for the 99% of us who aren’t clickers.”  The ads can be customized with different creative to reflect the region of the country in which the ads are served, and can even be tailored on a geo-local basis, such as with local TV tune-in information (day, time, and channel).

While geo-targeted and customized creative content has been around online for a while, this is one of the first reports we’ve seen that provided actual advertiser data in the form of percentage lifts in brand awareness, purchase intent, and sales lift.  These are the measurements that marketers really care about – they’re more important and actionable than click-thru rates, and we applaud this new trend to put online marketing measurements on the same playing field as traditional marketing.

The third article we came across was on the Wall Street Journal’s Media & Marketing page, discussing how “it’s cool to have rabbit ears again.”  In the wake of all of the online programming available now via providers such as Hulu and Netflix, old-fashioned antennas for viewing over-the-air television broadcasts are making a comeback.  One of my close friends has actually done this recently, canceling all of his cable and satellite services and moving to free over-the-air television combined with premium Hulu and Netflix services.  Since my friend is a little quirky and notoriously “frugal”, I didn’t pay much attention when he told me about this last summer.  But it appears he may have been ahead of the curve.  The article mentions just one TV-antenna seller in St. Louis who sold 600,000 antennas in 2011 and expects to double that number this year.

All of these articles add up to an exciting time for television, while also making things complicated for advertisers and the agencies that service them.  Television audiences have long been fragmenting, but that fragmentation had, in the past, mainly been limited to the increase in the number of “traditional” cable networks.  As time moves forward, in order to capture those eyeballs, we’ll need to look past the more conventional television outlets and adopt new venues such as YouTube, Hulu, and Netflix to maintain audience reach.